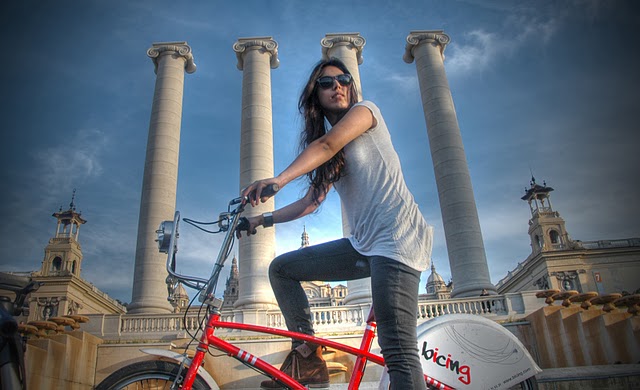 Cycling without helmet laws is safe. Fear is unhealthy.

A study published two days ago in the British Medical Journal sheds some light on the benefits versus risks of cycling in the urban environment compared to car use. The study was conducted in Barcelona, Spain and data was collected from 181,982 Bicing subscribers. Bicing is Barcelona’s public bike hire scheme which has a similar model to Brisbane’s CityCycle and Melbourne Bike Share.

They concluded that the health benefits outweighed the risks by a factor of 77 to 1. Seventy-seven to one.* It is important to note that the ‘risks’ of cycling included deaths from air pollution and trauma, with the risk of death from air pollution being 4 times higher than the risk of death from trauma. Barcelona was never known as a cycle friendly city… until their bike sharing scheme took off. Since then bicycle use has skyrocketed and, from this new user base, they have seen the environment become safer for cyclists, not just with infrastructure, but because of the safety in numbers effect. Here is an image to illustrate what 77 to 1 looks like: 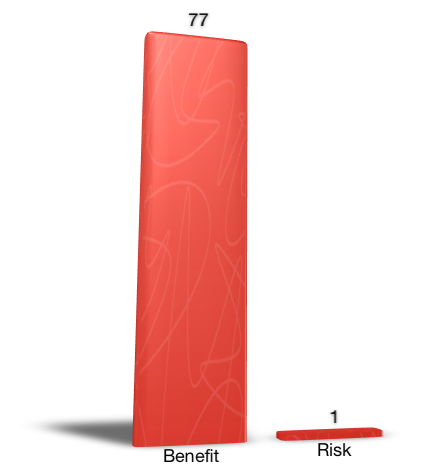 How much safer does cycling have to be before we ditch helmet laws in Australia?

It is important to note that Barcelona does not have a mandatory helmet requirement for Bicing riders. Spanish law only requires helmets be used when cycling between cities, but not if it is a hot day or you are cycling uphill.

So we need to put risk in perspective. From this study the benefits of cycling (without compulsory helmet laws) outweigh the risks by a factor of 77 to 1 – not to mention the reduction of almost 9,000 tonnes of CO2 emissions. It would make far more sense to ban cars from cities!

Here is an excellent film by Mike Rubbo, filmed earlier this year, showing just how much Bicing has changed Barcelona. Of course, this will never occur in Australia’s cities as long as we continue to ignore the evidence and insist that all cyclists at all times must wear a bicycle helmet. Our bike share bikes are being used 26 times less frequently per bike than Barcelona’s Bicing bikes.

Write to your local & state politicians, include a copy of this post and the study PDF as attachments and make them listen. We must not allow our public bike hire schemes to fail as it will be a setback to all cyclists, no matter how you choose to ride.

* Previous reports such as Hillman, M, “Cycling and the Promotion of Health”, Policy Studies 14: 49­58, 1993 have shown the benefit:risk to be approximately 20:1. This recent study is an interesting insight into the benefits of bike share schemes.