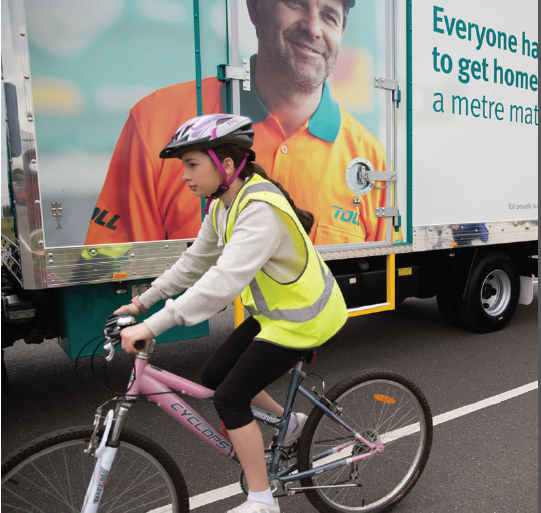 The recent announcement of cyclist registration in NSW, plus increasing fines, including $319 for not wearing a helmet and other higher fines is anti-cyclist legislation by the notoriously anti-cyclist NSW state government. This is the price they have levied for introducing a one-meter rule, and the higher fines and cyclist registration is believed to be supported by Cycling [sport] NSW and the Amy Gillett Foundation.  These sport-cycling organisations have no idea how much they are setting back the all-too-gradual increase in everyday use of the bicycle for transport. Sports cyclists ride on the road with cars and feel that they benefit from a one-meter rule, fair enough – but not at the price of laws that make cycling less convenient and attractive to the majority.

It appears that the Queensland Police do not like the one meter law and are not enforcing it, even refusing to take action when a breach was filmed. They have instead made a point of singling out cyclists for enforcement – and of course there are now higher fines to hit cyclists with.  So if you were in favour of a safe passing distance law, make sure the police are on board first.

The recent Queensland Parliamentary enquiry into cycling recommended a law for a minimum passing distance when a motor vehicle overtakes a bicycle.  The minister was quick to announce that this measure would be implemented, while at the same time saying he opposed the committee’s recommended reform to helmet law.

On the surface, a passing distance law looks like a good thing. Most of us would welcome a decent distance between ourselves and a car that overtakes us.  Others criticize the law as “unenforcable” or not evidence-based (i.e. it won’t reduce collisions). Freestyle Cyclists’ view is that the law is at best an interim measure for arterial roads, but more importantly we should be working to get safe, protected bike lanes, and action on local streets to remove rat-running through traffic and reduce speeds. The problem with interim measures is that they take the pressure off government to do the harder but more effective things that are needed.

A more fundamental problem with a passing distance law is that it relies on motorists to see cyclists and act appropriately. Any safety system that primarily relies on vigilance by motor vehicle operators has failure built in. Of course the need for care and attention by drivers can’t be dispensed with (self-driven cars aside), but the less the road system relies on drivers to pay attention, the better for safety. This is the principle behind the Dutch system of “sustainable safety” by the way.  Hi-viz clothing is a flawed strategy for the same reason.

Sport cyclists ride on the road, often in large bunches, at high speed.  They don’t see protected bike lanes as part of the solution, because such lanes aren’t suitable for their needs. Sports Cycling organisations who promote measures that suit sport cyclists, are not helping to promote cycling by everyday people for their daily transport needs.