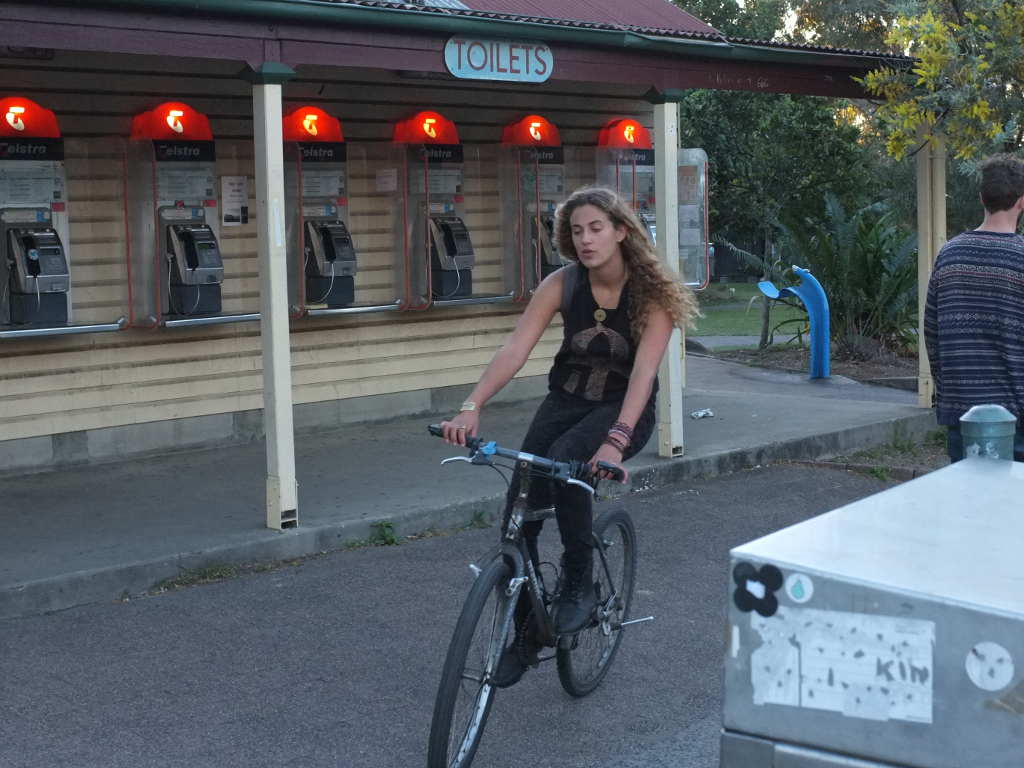 Two of our members had a short break in Byron Bay this year (2014).

They had heard about the helmetless bike riding there so thought they would check it out for themselves with a 5 day utility cycling holiday.  Here is their report:

The front cover of the tourist ‘Byron guide’, available everywhere, features two images on its front cover. One is a male and the other a female bike rider without helmets riding through empty streets. This tells us two things. That the image of helmetless cycling is good for tourism as is a car-free streetscape.

Byron Bay delivered on the first of these with helmet free cycling being completely normalised. The traffic however, was very Australian, with most holiday makers and locals choosing the car as their preferred mode of transport. I wouldn’t be prepared to guess at modal share but it was not as high as I’d hoped.

To summarise consider the following observations:

Over 80% of bike riders went without helmets
More than 50% of bike riders were women
Infrastructure was no better than the Australian average – poor
Drivers seemed to be far more courteous and careful than normal. I saw no road rage or conflict. Only once did someone yell ‘where’s your helmet’
Female cyclists rode in the traffic, without helmets and apparently without anxiety.

It is often said that women will not cycle without good infrastructure.While my observations require further empirical research, it seems that the presence of so many unhelmeted and female cyclists had begun a cultural shift in driver behaviour that made it safe enough for many women to ride.

The photos above don’t really do justice to the variety and style of the everyday cycling I witnessed . It was a delight – like being in another country.