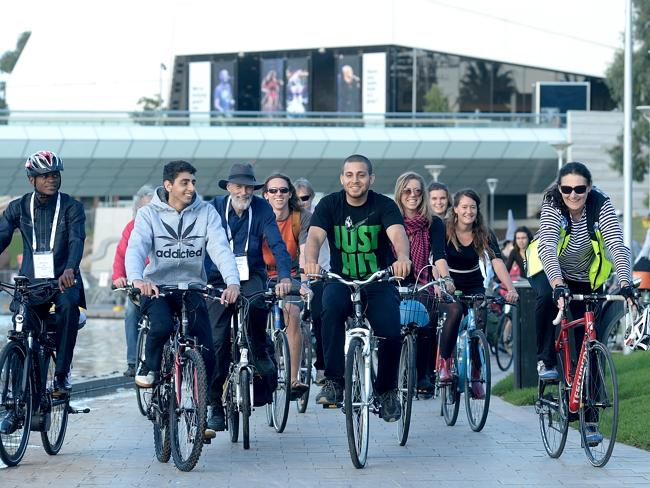 Thursday morning heard three presentations on mandatory helmet law at the conference, including Prof Chris Rissel (University of Sydney), Ian Ker (Perth, CATALYST) and Michael Bridge, General Manager, Bicycle SA whose main point was that “we can’t change helmet law so we may as well love helmets” – so much for an advocacy organisation that doesn’t dare suggest changes.

Media before the ride included The Herald Sun (which also carried the RAA survey which found that 27% of their members would ride more if helmet law were repealed); The Australian quoting Janette Sadik-Khan saying “better infrastructure, not helmet laws, had improved safety,” and Al Jazeera TV.

The pre-publicity of the ride was very well organised, including the flyer by Will Matthews, who made this film: