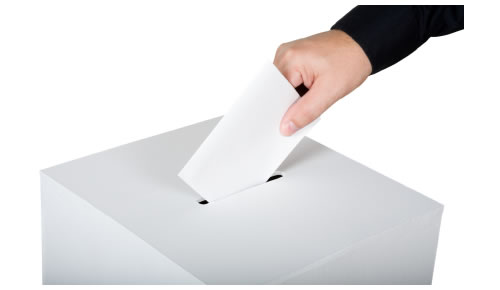 Three members of Freestyle Cyclists are helping the Australian Cyclists Party by standing as candidates in the Victorian Election.

I am writing to you in the lead up to the November State election to request your party’s policy position with regard to current regulations requiring all cyclists to wear an approved helmet, and to seek clarification as to any future policy, being mindful of the broader aim of encouraging cycling and active transport in general.

As you may know, Mandatory Helmet Laws for cyclists (MHLs) were first introduced by Victoria in 1990, the first state in the world to do so. Shortly after, similar regulations were introduced throughout Australia, where they remain today, with the exception of the Northern territory. Following a public petition in 1994, the NT now allows adults the choice in this matter when riding on footpaths and separated cycle paths.

Since then, only New Zealand and the United Arab Emirates have followed, with nationally enforced all ages MHLs. A small number of countries and provinces require children to wear helmets, but allow adults the choice.

This situation would be remarkable if MHLs had indeed achieved their stated aim of significantly reducing the incidence and severity of head injuries to cyclists. What the rest of the world has seen however is that the principal effect of MHLs in Australia was to sharply reduce participation in cycling, while delivering no significant safety benefits when measured against participation rates. [1]

After twenty four years, it is time to admit Victoria (and Australia) got this one wrong. Cycling participation rates are now lower than they were in 1986, and even over the first biennial period of monitoring the National Cycling Strategy (2011-2013) they have declined. [2],[3]

Queensland has already gone some way to putting this matter to rights. Their joint Parliamentary Enquiry into Cycling Issues made two significant recommendations in their final report issued in November last year. These were, to trial an exemption for adults on separated bike paths and low speed roads, and to exempt adult users of public bike share schemes. The committee recognised that requiring adults to wear helmets contributes to negative perceptions of cyclists as “other”, and impacts both on the treatment of cyclists by other road users, and on participation in cycling.[4]

We have no issue with adults wearing bicycle helmets by choice. We do take issue with the continued ban on bicycle riding as practiced in the rest of the world. At a time when traffic congestion is worsening, and community activity levels are generally in decline, it makes no sense at all to put up barriers to using a bicycle, and deny the benefits of this healthy and sustainable form of transport to adults who may not wish to wear a helmet. The continued punishment of “offenders” is simply wrong.

In conclusion, we are asking for a simple yes/no answer to the question “Would your party support reform of Victoria’s bicycle helmet regulations to allow adult cyclists the choice of whether or not to wear a helmet?” Your response will be posted on our website, and circulated to our members and supporters.

I have attached a copy of the Freestyle Cyclists’ Vision Statement for your interest, and I look forward to your response to our question.

Sex Party: although we haven’t received a direct answer to our question, the Sex Party’s position on helmet law is clear:
https://www.sexparty.org.au/policies/victorian-policy/36-asp/policies/1764-environmental-policy.html

Liberal Party: The Victorian Government has no plans to remove mandatory helmet legislation.

Greens: we see no evidence that would support a change to the current law.