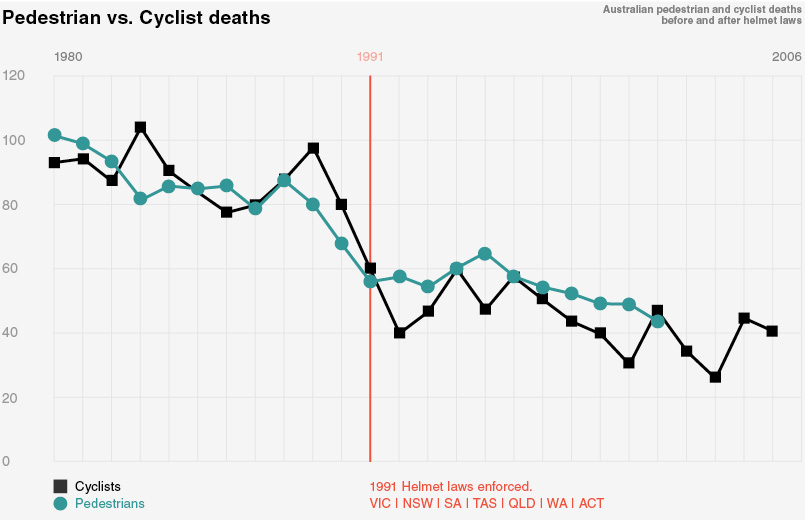 Do helmet laws make much difference?

Australian pedestrian and cyclist deaths before and after helmet law.

Pedestrian deaths have been scaled to sit on top of the cyclist death line for comparison. There are more pedestrians killed than cyclists, so the cycling data looks more variable in comparison.

Can you see any effect of helmet law? If there is any effect it is very small.  Deaths for both cyclists and pedestrians were going down in the late ’80s but progress has stagnated since then.  What has caused the overall decline in deaths? Mostly it was due to massive ramping up of speed and red-light cameras, together with the introduction of demerit points. You can read the detailed history here. Real safety comes from preventing collisions and lowering speeds.

Thanks to Rebel Metropolis.org for the bar chart.