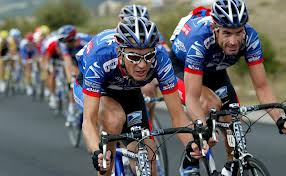 If you read Australian media on “cycling” you could be confused as to what “cycling” is about. Quite often, media goes to sporting organisations for comment on issues that are not related in any way to sporting activities, for example, Courier Mail, The Age. Freestyle Cyclists campaigns for utility cycling – that is, using bicycles as transport. On this site, we simply refer to it as “cycling”.

Sport Cycling is a wonderful sport, and we wish all the very best to those who engage in it. Cycling for transport however, has different purposes and different needs.  Sport cycling is well organised and well represented by peak groups around Australia and New Zealand.  People who cycle for transport, on the other hand,  have almost no groups dedicated to representing their needs.

Some groups claim to speak for all types of cycling, whether sporting, recreational, touring or just “transport”. Freestyle Cyclists makes no such claim. We seek to encourage the use of bicycles for transport, and respectfully leave advocacy for the interests of sport cyclists to other organisations dedicated to that task.

Sport cyclists, around the world, include special clothing and helmets as part of their “uniform”. This is true in even in countries where helmets and lycra are rarely seen, such as The Netherlands. Everyday cycling for getting from A to B on the other hand, doesn’t need special clothing, helmets or high-level bicycles. When sport cycling organisations such as the Amy Gillett Foundation purport to speak for all cyclists, they speak as though everybody is a sport cyclist.