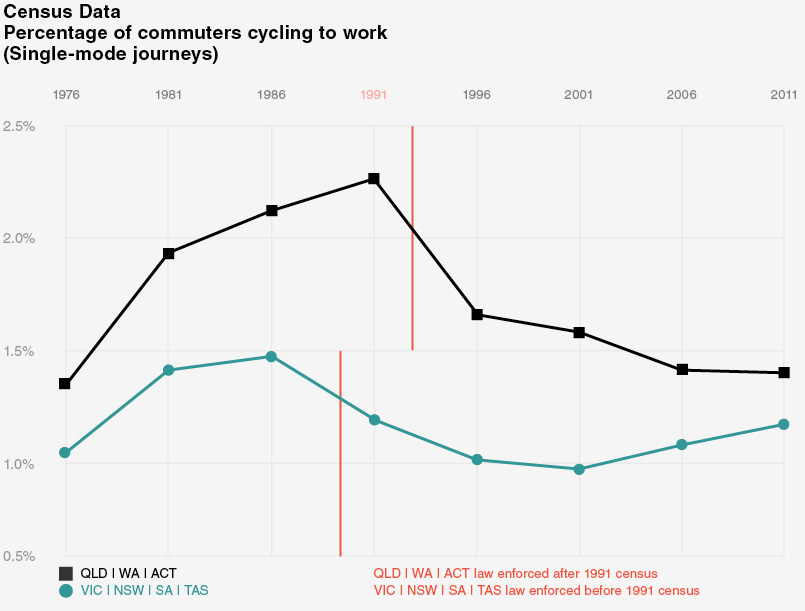 What happened when helmet laws were introduced?

The percentage of people using bikes to get to work is measured every five years in the Australian Census.  You probably remember filling in the big census form every five years yourself. Helmet laws reduced the number of people cycling dramatically, and numbers are still lower today than before helmet law came in.

Apart from dragging down progress towards better cycling conditions and getting more people using bikes, this also means that fewer people are getting the health benefits of riding a bicycle to work. Even if the claimed benefits of helmet law are as big as governments make out, the health effects of getting less exercise are a much bigger loss. Overall, helmet law reduces the people’s life-span, increases disease and costs the health budget money.  See Prof Piet de Jong’s paper (Professor of Actuarial Statistics, Macquarie University). 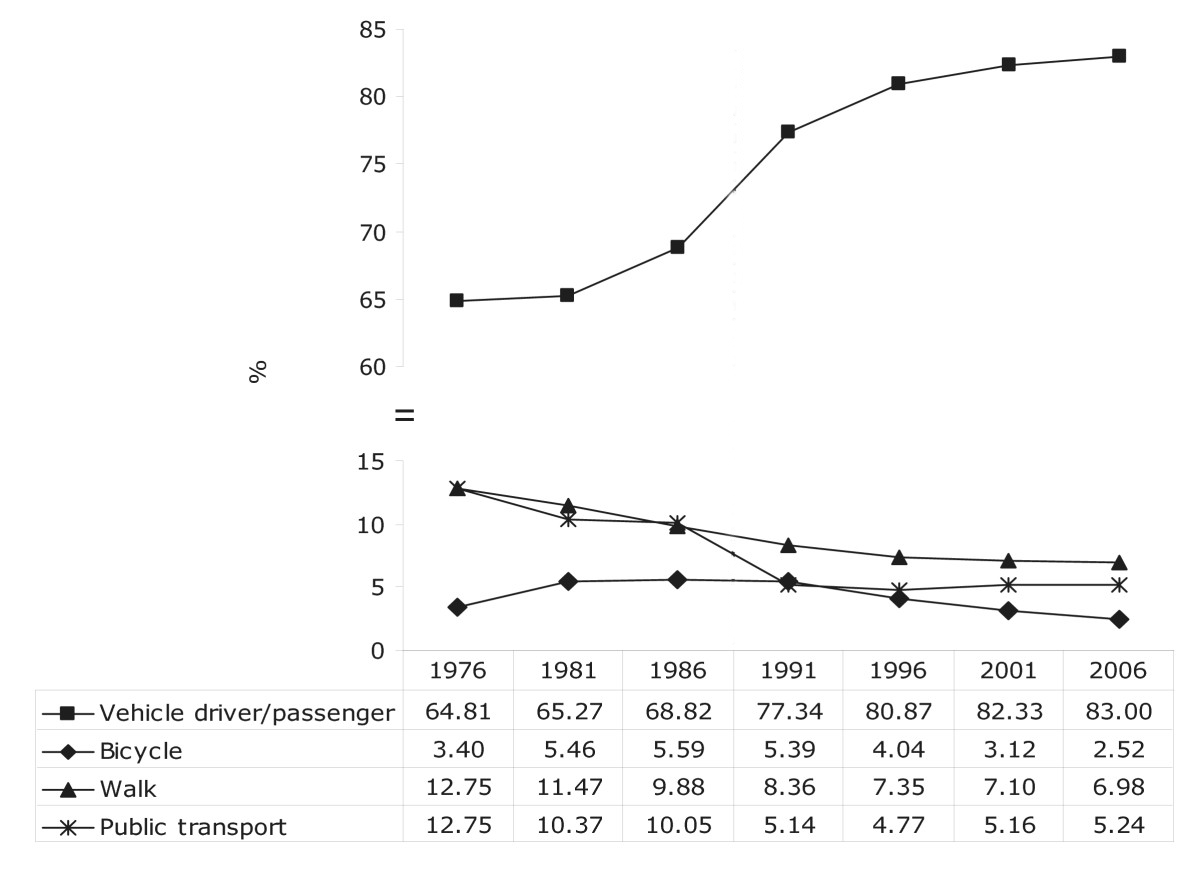 taken from Sandar Tin Tin et al, International Journal of Behavioural Nutrition and Physical Activity.  Also in New Zealand, In 1987/88, before the introduction of helmet laws, 4.4% of New Zealanders cycled to work, 11.6% cycled to primary school and 18.6% to secondary school.  By 2004/08, only 2.2% and cycled to work, 4.3% to primary school and 4.9% to secondary school. These data are from NZ Ministry of Transport: How New Zealanders Travel.  Spreadsheet available at: www.transport.govt.nz/research/travelsurvey/latestresults. 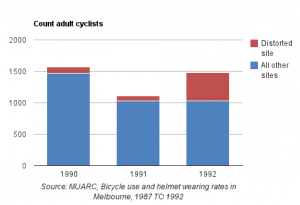 In Victoria, the study relied on by the Government to claim that cycling didn’t decrease after helmet law shows the opposite. The count in 1990 was pre-law. Both counts post-law shows a large drop except for one site at which a large organised group of over 400 cyclists inflated the final year’s average. The chart at right is from http://crag.asn.au/2621 and shows the numbers at the distorted site in red.  The study was funded by Vicroads who didn’t fund a further year’s count, as they couldn’t be sure another big event would prop up their figures.

In Perth, two bridges carried most of the road traffic across the Swan River. Here are the before and after figures for numbers of cyclists:

This one graph tells us a lot. Introduction of helmet laws discourages the safest cyclists,  and changes the mix of cycling activities in the population – because racing cyclists and mountain-biking cyclists wear helmets as a matter of course, the law doesn’t affect them. Everyday cycling, the safest type of cycling, is discouraged because most people won’t do this type of riding if they feel it is unsafe. So the mix of accidents also changes – the type of risky cycling that is more likely to result in head injuries becomes a larger share of cycling crashes. So even though a helmet may offer some level of protection in the event of a crash, a helmet law removes the safest cyclists and those least likely to have a head injury in the first place. By discouraging this type of cycling, the health benefits lost outweigh any gain from increasing helmet wearing rates.